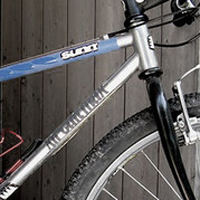 In April of the same year, the family who had moved from Kamakura for lifestyle reform and had begun to build a bicycle mecca gets its first big break. Owners of Salone del Monte Kouta and Yuumi suddenly find themselves stars in the small community, the pro-shop Salone del Monte had opened on demand from that community. Renovating an old house in Tsukude Village, and carrying only Sunn bikes made by Phil, Med and Zoobab, the specialist shop prospers.

Under President Max Commencal’s strong leadership, Phil, Med and other young and brilliant staff develop Sunn into one of the world’s best bicycle manufacturers. As the company grows and moves towards mass production, Max leaves and pursues his dream of bike making a second time. Taking many young designers and staff with him, Commencal is formed. The brand’s debut model, the Supernormal, is an instant hit. 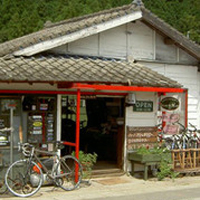 2001 Friendship and Ties, becoming an Importer

Salone del Monte had been a Sunn proshop carrying only Sunn bikes and so were elated by the news of the formation of Commencal. Due to their existing relationship, and the parallels between Commencal’s and their own philosophies, Salone del Monte requests to sell Commencal bikes in Japan.
Planning on keeping small-scale production, Max had not intended to enter the Japanese market, but he cannot deny the data and so makes Salone del Monte the Japanese distributor. Through working together, both parties discover many points in common and the friendship grows deeper.
Later, the story of the ‘Commencal Legend’ spreads around the world, saying that Commencal is different to other manufacturers. With just one leaflet, the passion of Japanese cyclists is ignited, and in its first year Salone del Monte becomes Commencal’s largest distributor.

Commencal President Max comes to Tsukude Village in Aichi, Japan to meet Japanese fans and associates and stays with Leon’s family for one week. From every corner of the country more than 100 people per day come to greet and welcome Max.

Due to rapid growth and success, a shadow begins to form over Commencal. As priority shifts from quality to sales volume, the staff at Commencal begins to have concerns, which are shared by Salone del Monte. 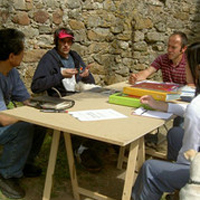 Wanting to increase production and sales volume, Max Commencal calls a global meeting of distributors. Planned for half a day, the meeting lasts well into the night on three consecutive days as Max repeatedly demands acceptance of his planned changes.
The president of the largest distributor, Salone del Monte, Leon, firmly but quietly continues to refuse Max’s request, and begs Max to keep making the bikes that meet everyone’s ideals. His attitude and persistence toward a giant of the bicycle world win the respect and trust of all the distributors and the three genii at Commencal.
Following his lead, the distributor from each country also refuse and the three leave Commencal. 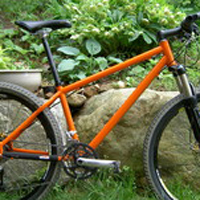 Seeking the bike of their ideals, Salone del Monte, Phil, Med and Zoobab meet at Zoobab’s house in the south of France. In discussions that run into the night, the seed of an idea is born.
With a common philosophy about lifestyle, bicycles and business, investigations and research into a new bike brand are begun. The French staff gives the new team the name Leon Bike.

The first prototypes arrive, and testing begins in both France and Japan. Unanimous feedback is “Why does it ride so well?” and “What makes it so different to other bikes?” to which Leon, laughing, replies “Because Phil, Med and Zoobab made it!” 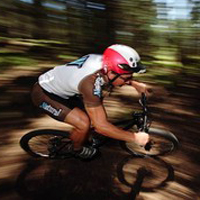 After a 3 year period of refinement the second prototype is produced. The long development time is not wasted however, as upon riding this model Med states “I don’t need anything more than this” and sells all his other mountain bikes.

Leon Bike Japan is transformed into Leon Bike Associates to allow for cooperation and participation by bike lovers and others who share the same ideals.
Leon bike receives a wonderful invitation from French friend Fred of Urge Bike Products to exhibit a frame at Euro Bike in Germany in September.
In support of Urge Nepal, Leon Bike creates the Leon Bike Urge Nepal Special Edition and decides to travel to Germany. In order to proudly show off the new bike, Med flies to Taiwan to oversee production of the special new frame, Phil produces a flier for distribution at Euro Bike (bearing a photo he took himself, one of a famous champion riding the black Leon bike….) and Zoobab designs the graphics for the frame and produces commemorative T-shirts, all bearing his unique style.