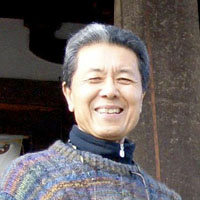 After a differing opinion with Max Commencal on bicycle production, Leon chose to walk a different path, but the two still remain good friends. He is also still very close to Med, Phil and Zoobab and Med who have also moved on after their apprenticeship with Max. The name Leon Bike was the proposal of these three. With such a strong enthusiasm for producing ideal bikes, it is expected he will take initiative in the bike world.
Everything at Leon Bike from the basic concept to production is performed with the huge goal of preserving the global environment and reforming peoples’ lifestyles and business practices.
Leon is also the president of the NPO BIO de BIO and the other environmental companies. 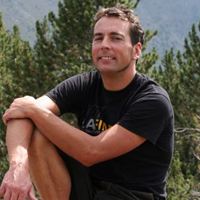 Former french BMX National Champion, and product designer since the early Sunn era, Med is currently running a successful BMX company BMX Groupment, and is still a prominent MTB and road racer. Med’s sharp sense and attention to detail put the polish on Phil’s designs and they form a powerful team for producing great bicycles.
Loving a natural lifestyle, he bakes 100% organic bread as a hobby. Med is a fast talking, smart, considerate active rider and athlete. 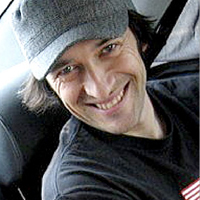 Instead of to be an aviation engineer for Airbus, Phil chose to design bicycles. He was product designer for both Sunn and Commencal, and after leaving Commencal produces ski stocks and ski wear with Zoobab under the brand Urge Snow Products.
In both the Sunn and Commencal eras bikes designed by Phil consistently won MTB of the year. The names of the classic bikes Sunn Revolt and Commencal Supernormal are also legacies of his genius. 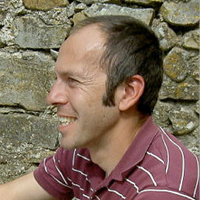 With a unique sense and style, Zoobab’s individual, fun logos and creative use of colour prove him a genius artist and designer. Designing Sunn and Commencal’s bicycle appearances, catalogs and clothing, it is no exaggeration to say he created both companies’ image.
Working in design for 20 years, he grew tired of modern society’s consumerism and wastefulness, and of modern business practices, leading to a major lifestyle change. He currently lives in a small village in Provence in the south of France where he runs URGE Bike Products, does freelance design work and lives a simple, modest and natural lifestyle.
A funny and bright character, he loves MTB, surfing and animals.
. Everything at Leon Bike from the basic concept to production is performed with the huge goal of preserving the global environment and reforming peoples’ lifestyles and business practices.